Carl Jennings is a founding member of Freedom Train – an influential power trio based out of Hamilton, ON that exemplifies the ‘classic rock cover band’ – and the owner/operator of Westmoreland Studios. Carl has been an active member of the Canadian musical community for almost 30 years and is well known for being a skilled vocalist and bass player. For over 15 years, he has also produced and recorded bands in the GTA.

Carl generously agreed to answer some questions about his career and the Hamilton arts community. 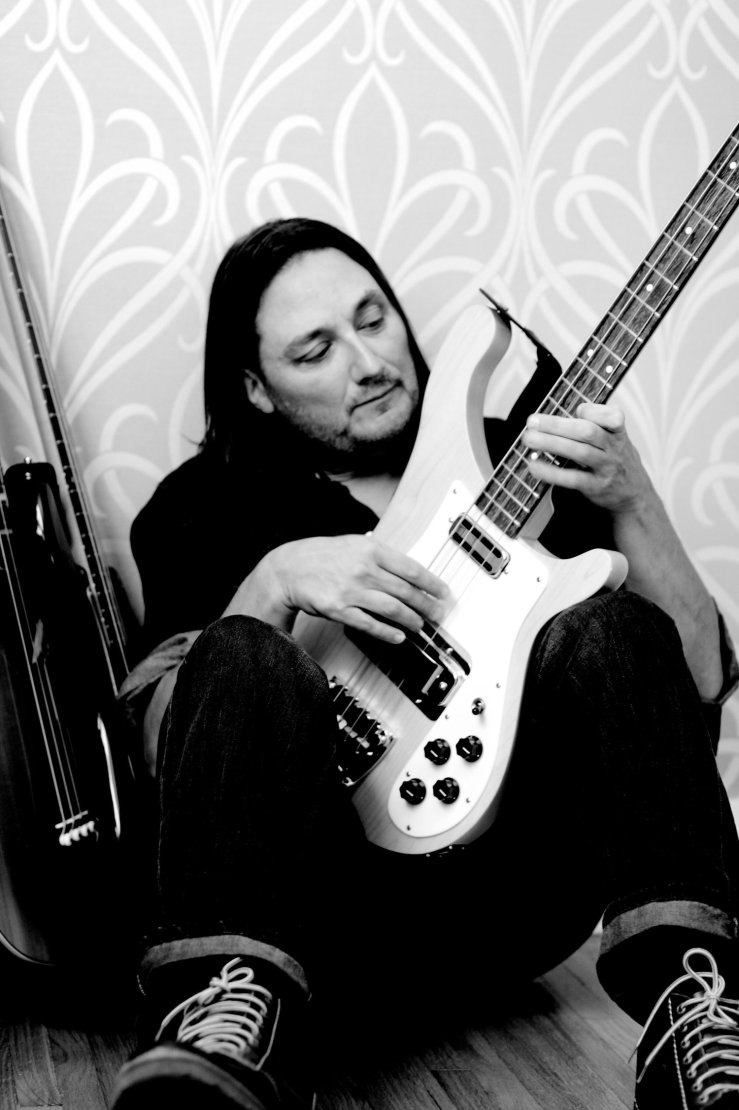 The Paper Street Journal: How long have you been playing music professionally and when was Freedom Train formed?

Carl Jennings: I’ve been playing as a full time musician since I was 16. I joined a group that played across Canada back in the 1980s called Pegasus. I played bass and my brother Tim played drums. It was a great time; we got to travel and get paid. The group even had a road crew. We even had a full time sound-man and light-man, touring with a large sound rig and a huge light show. It wasn’t unusual show up at a venue at 1pm and fill the stage area with tons of gear, taking all afternoon to set up.

Lots of groups were able to make a living back then, as there were so many venues that had shows seven nights a week and venues paid the entertainment well.

In 1989 my brother & I formed a new group called Speck Jennings, with Big Ed on guitar, playing originals and covers. Again, we were able to maintain our work schedule and income, playing across Canada two hundred nights a year. We also still managed to keep a full time production crew (sound-man & light-man) until around 1993. But the scene considerably changed around that time, quite suddenly, as venues and booking agencies closed all over Canada. We found ourselves with not much work, no tours, and worst of all …no crew. Needing to work and survive, the three of us learned hundreds of our favourite songs and called the group Freedom Train. We immediately starting playing clubs, events, and corporate shows, using a small PA and mixing everything ourselves. The money was less than the 80s heyday, but we didn’t need to travel as much and with no crew our expenses were next to nothing. Trying to avoid getting real jobs, and wanting to just play our instruments, make a living, and have fun, the three of us found ourselves in a long term career. Tim, Big Ed, and I have been working together for 27 years now.

The PSJ: What is special about the Hamilton arts community? What sets it apart from other cities?

CJ: Hamilton has always been a music town. Ever since the ’40s, Hamilton has been a mecca of live venues. Theatres, bars, and halls had entertainment all over the city, all the time, allowing local artists, actors, and musicians to hone their craft.

There were so many venues back in the ’80s and ’90s that my group could have just played in the Hamilton area seven days a week. Freedom Train still plays at least every Thursday, Friday, and Saturday mostly in the surrounding Hamilton area to this day. It’s so great that there’s a Chamber of Commerce campaign for the city to be branded as Music City, so soon everyone will know what we’ve always known.

The PSJ: Besides working full-time in Freedom Train, you also operate Westmoreland Studios – a recording studio based in Hamilton. How did that come to be?

CJ: I’ve always loved the recording process. I have recorded with my group, and I’ve been asked to perform on other artist’s records since the early days. I naturally progressed into buying recording gear, and more gear over the years – suddenly finding myself opening a recording studio. I’ve been producing records out of my Hamilton studio, Westmoreland Recording Studio, for over 15 years now.

The PSJ: What artists are you currently working with and whom have you worked with in the past?

CJ: The latest production project at my studio is Hamilton’s own, The Redhill Valleys. Their alt-country debut came out earlier this year and we’re currently in the studio working on new stuff. I like working in different genres; producing a heavy band like Hamilton’s DRED or a pop rock group like Toronto’s Daylight for Deadeyes, to the complex arrangements of Hamilton’s Foreign Films, to local punk-rock-pop legend, Dave Rave. I love all kinds of music, and I enjoy the variety of music my clients bring to the table.

The PSJ: Who are your favourite local acts?

CJ: Hamilton’s rich musical heritage has been well documented. There are so many world-class musicians and artists from here that it blows me away. Too many faves to mention! The Hamilton music scene has got it all for every one of all tastes!

The PSJ: Lastly, Freedom Train is renowned for being one of the best cover bands around. What do you think makes you guys unique?

Freedom Train tries to get the job done. Whenever we play, we really try to match the vibe at hand. If it’s a function where they want to party, we’ll try to get that dance floor filled and people having fun. If it’s a show, like in a theatre, we’ll try to be engaging, skillful, and entertaining. If it’s a stuffy gala and they want us in the background, we’ll be invisible. We’ve got a repertoire of over a thousand songs that we can use in our arsenal. We care if we’re in tune and we try to play the song correctly. We care about showing up on time. And most importantly, we care if the event is a success.

Thanks to Carl for taking the time to answer these questions. Be sure to catch Freedom Train at their next event which can be viewed on their website.